Electromagnetic Deflection Unit Experiment
Inducing a 4-phase, anti-vortex electromagnetic field into the cell results in a
360 degrees rotation of a laser beam around its Z-axis.

A static quadrupole field is seen here in an image by M. Snyder using
a 100mm Ferrocell with 36 RGBY LED's around its circumference: 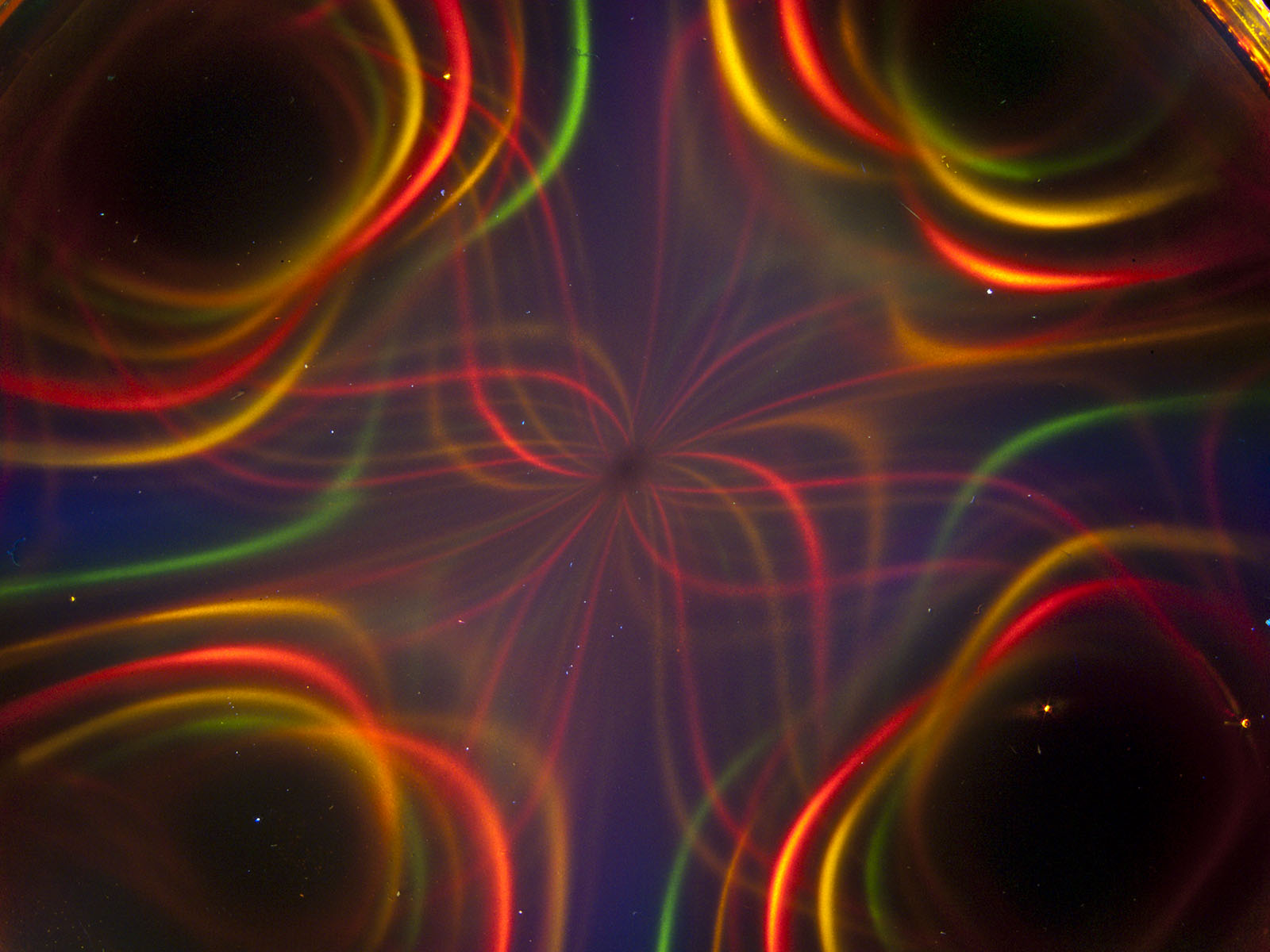 I  put this field into motion using four pulses 90 degrees apart
into four electromagnets to induce rotation into the Ferrocell.
View laser rotation in this sample video I uploaded to Youtube:

If you look closely during the first second of play, you will see a dust particle being illuminated with the spinning beam. 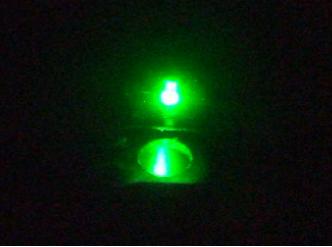 The next movie is another example of 360 degree rotation.
Pause and step through frame by frame to view
true rotation of a laser without using mirrors.
Rotation around a fiber optic end-plate 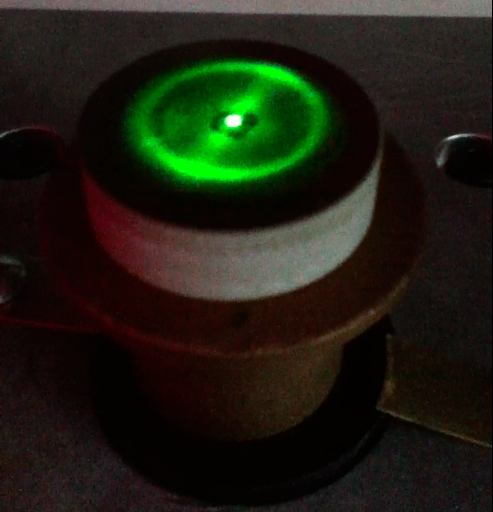 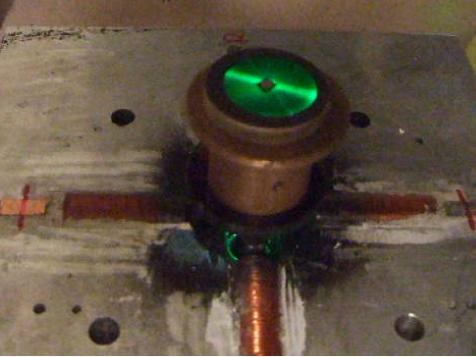